As smokers, it wasn't that we couldn't hear the entire world screaming the insanity of us smoking pack after pack. It was that our chemically enslaved brain was screaming even louder that smoking was as important as eating, that quitting would be like starvation.

The beauty of this temporary journey of re-adjustment called recovery is that within 2 to 3 weeks we awaken to the fact that nicotine addiction was about living a massive lie, that everything we did while smoking, dipping, chewing or vaping nicotine can be done as well or better without it.

Imagine your brain's constant cycle of wanting, needing, and begging for more at last coming to an end. Imagine your journey of re-adjustment leading to entire days where you never once think about wanting to smoke, dip, vape or chew, to a calm and quiet mind, to the comforts of home.

Would that be a good thing or bad? Then why listen to your mind's illness? Why fear freedom? But how? 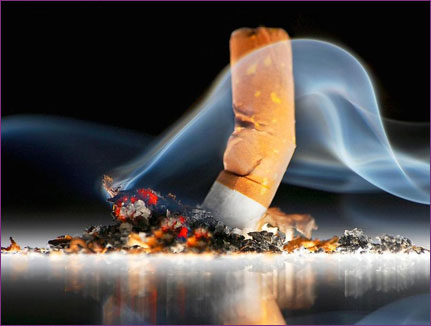 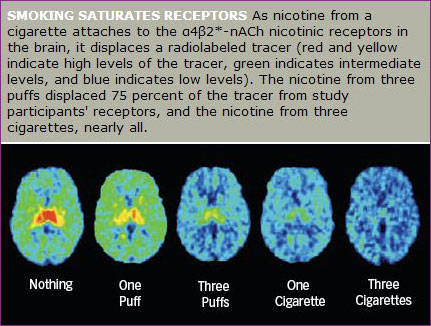 There was always only one rule. It's that one puff of nicotine will cause up to half of your brain's dopamine pathway receptors to become occupied by nicotine. While most walk away from trying to cheat when quitting feeling like they've gotten away with it, you cannot cheat the design of brain circuitry whose job is to make activating events nearly impossible to forget in the short term (the time needed for recovery).

And it isn't long before the cheater finds their brain wanting, plotting to obtain or even begging for more. It's called the Law of Addiction. While there's no cheating the Law as one equals all, as one puff would be too many while thousands not enough, it's impossible to fail so long as all nicotine remains on the outside.

During recovery, the brain needs up to 72 hours to rid itself of all nicotine, to re-sensitize once nicotine saturated receptors, and to move beyond peak withdrawal. It also needs 2-3 weeks to down-regulate and eliminate the millions of extra nicotinic receptors that nicotine caused it to grow (up-regulation).

The subconscious mind needs time to encounter, break and extinguish all the nicotine conditioned feeding cues it established. The conscious thinking mind (the prefrontal cortex) needs time to sort through and discard the long list of lies it invented to explain why that next cigarette was so important, use rationalizations invented to try and make sense of deep inner "wanting" and urges it didn't understand.

Flavor, stress, pleasure, boredom, friendship, taste, there was really only one reason we smoked, because we had to, because a rising tide of anxieties would begin building when we didn't.

Flavor, taste? There are no taste buds inside our lungs, the place we sucked and briefly held all smoke.

Like, love? By now you hopefully realize that love and "want" are two different things. It wasn't that we liked smoking but that we didn't like what happened when we didn't.

Nicotine addiction is a brain "wanting" mental illness that can be fully arrested but not cured. As permanent as alcoholism, it enslaves the same brain dopamine pathways as illegal drugs, including heroin, cocaine and methamphetamines.

Our brain's "pay attention" dopamine circuitry (the mind's priorities teacher) was hacked, taken hostage and forced to falsely teach us that smoking nicotine was as important as pre-programmed survival activities such as eating food and drinking liquids. Contrary to store tobacco marketing signs, we didn't continue smoking for pleasure but for relief from want and need.